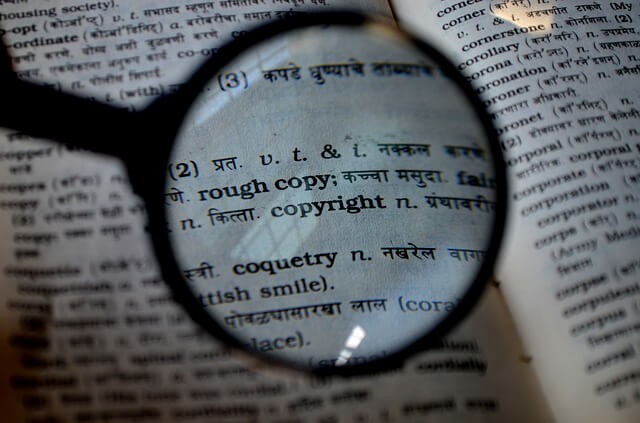 Regarding Getty Images – That has happened to several clients of mine. So far, all have ignored the letters. Nothing ever came of it to date. It first started back in 2004. I had researched the issue and got a lot of input from others who also got the letters. I found the majority consensus was to ignore them. I think Getty is scamming people. First, they must prove intent. In 99% of the cases, they cannot, so they are relying on a numbers game. If they send out 10,000 demand letters, asking for $2,000 each, and only 100 pay, that’s $200,000. They must also prove damages, which will be VERY VERY difficult to do in court. Getty could be in violation of the Fair Debt Practices Act, which stipulates that under no circumstances can a debt collector threaten a lawsuit when they have no intention of filing one.

John started a petition on the White House petitions site back in 2011 , We the People. This is in regards to the outrageous “Getty Extortion Letter” received by many webmasters who unintentionally use a copyright protected images often found on free image sites or purchased as part of a template. Getty is demanding thousands of dollars in penalties for an unintentional act. I don’t know what ever became of his petition.
http://www.ipetitions.com/petition/boycott-getty-images/#sign_petition

Nick, Feb. 2012
I received one several years ago, of course it freaked me out at the time, but then I did some searching around and found that it was nothing to worry about.
I know some people have spoken to them to try to reason with them, but I simply ignored it completely. After some follow-up letters and phone messages over a period of maybe 6-12 months, they seemed to give up and I have not heard anything for years.
So, based on my experience, that is what I would suggest doing, ignoring them.
Certainly, certainly, do not pay them anything. As some have said, if they have a genuine claim, they should provide proof of exclusive rights. They should also come with a reasonable claim once they have done so.
Remember, it seems that they have never, ever taken anyone to court over this. You are VERY unlikely to be the first (let’s face it, it is just not going to happen).

I looked up the US internet copyright rules at:

and click on “§ 512. Limitations on liability relating to material online” Go to about the 6th page of this document where it says:

(g) REPLACEMENT OF REMOVED OR DISABLED MATERIAL AND LIMITATION ON OTHER LIABILITY.—
(1) NO LIABILITY FOR TAKING DOWN GENERALLY. — Subject to paragraph (2), a service provider shall not be liable to any person for any claim based on the service provider’s good faith disabling of access to, or removal of, material or activity claimed to be infringing or based on facts or circumstances from which infringing activity is apparent, regardless of whether the material or activity is ultimately determined to be infringing

Ann Harrison, Dec. 2012
I received a large envelope from Getty Images that held a printed screen shot of a blog post of mine which contained an image of a cocktail, and bill for $780.00 for the use of the image. Their letter stated, even though I may have used the image without realizing a cost, I still had to pay. I was shocked. Any time I use an image I search for “free on-line images” and use from that library.
I immediately went to my blog, removed the image, and called Getty Images about the situation. It was a Saturday so I left a message stating that I am a tiny, little “mom blog” and this demand was overwhelming. I told them I removed the image.
I sent messages out to my Twitter and Facebook followers and shared my experience on other social networks. (I was guided to this post on About.com many times.) The comments helped ease my anxiety but I was still nervous.
Five days after receiving the bill from Getty Images I received an e-mail from them with the bottom line of me not having to pay, the case was closed. They said this after basically chastising me for using an image without paying for it and stating that I should have known better, blah, blah, blah.
This stress was so unnecessary. It’s one thing to notify someone that they are using an image without permission, but to claim the only recourse is to pay for the image, not remove to avoid payment, shows that they have no idea of what’s going on with social media and how to handle themselves as a business. This could have been handled SO MUCH better.

It is my belief that they troll like this to get easy money. If the people pay, then great. If not, I doubt they would go the expense and time of a court case to leave it up to a judge or jury to access damages on something so trivial.

John says:
It might interest you to know that Getty has never actually sued anyone for being what is considered an “innocent infringer.”

I’ve also received the Getty extortion demand, and after careful research, composed a response letter. Hopefully it will be self-explanatory.

The following letter should be mailed to the sender within 10 days of receipt – and the dates changed to indicate the appropriate time frame – as well names, image(s) sizes, etc. Send it receipt requested and retain a copy for your records.

Re: Case No. xxxxxx

Thank you for bringing this issue to my attention. Please be advised I will need additional details from you regarding the alleged infringement. My webmaster who created the website on my behalf believed that the image was in the public domain. The image had no watermark or any indication of copyright. Still, to exercise caution, and without admitting any liability, the image in question has been deleted from my website and from our Web hosting server. Thus, any cease and desist demand should be fully satisfied now.

I regret that the image was ever used on my website; I never liked it anyway. And I am astonished at the demand of payment for $1,044.61 in your letter. To me, this amount of money seems very disproportionate to the alleged infringement (of a single, tiny image), especially in comparison to Getty’s potential, actual damages.

To most observers, I could be considered an “innocent infringer” at best; and as I’m sure you know, such status would limit statutory damages to $200.00 per infringement. And further, as you know, you would only be able to obtain statutory damages if the photographer or Getty had actually registered the image with the US Copyright Office. I suspect Getty never registered this image; that is why I would like to see the registration.

While you have provided details purporting the image is in Getty’s catalog, I have not seen compelling proof beyond mere assertion that Getty owns and enforces the license to this specific image.

Before I can decide on a negotiated settlement, or even on what course of action to take, I will need explicit proof that Getty has an exclusive, legal claim to the image, or to the exclusive rights to the image. So if you will, please provide this proof to me at your earliest opportunity.

In closing, I will expect a response from you within 10 days of receipt of this letter, and no later than January 12, 2013. If you do not return the requested information as detailed above within this time frame, I will consider your aforementioned demand(s) fully satisfied and this alleged infringement matter settled.

Finally, the best advice would be to write an apologetic letter and politely request to see the copyright registration number for the image in question. I’ve seen a lot of “ignore them” advice betting that the cost of litigation would be higher than any recoverable amount.

1:20am Apr 14 Divi Users Facebook Group
I knew someone that had unknowingly used 1 image and they sent a letter for $1500. Person in question removed the image put letter back into post box with “Not at this address” and never heard anymore.

User Divi Users Facebook Group
Of all people, I appreciate how important it is to pay the correct rate for images but Getty go out of their way to intimate small businesses. I had a client who inherited a website when they bought the business. There were three thumbnail images on the site from Getty where the license was in dispute. They sent a bill for $2,800. We logged in, went through the their calculation process and night the images for what it would have cost for the 2 years ($35). We also sent a final ‘bill settled’ invoice s d literally never heard from them again.

User Divi Users Facebook Group
You know.. Stuff like these threatening letters accusing you of stealing a copyrighted item. It´s a “thing” that some lawyers actually do. They sent thousands if not hundreds of thousands of letters to people and the letters are very serious in their tone because the overall goal of the strategy is to get you to pay up as fast as possible.. You have to remember though, in all cases they must PROVE that you actually stole the items illegally and it wasn’t a free download from someplace else. How can they prove that in a court? They probably cant unless they tracked your IP activity waaaay back, which they haven´t. There is also a lawyer here in my country that sends out thousands of letters to people accusing them of downloading or watching movies online illegally. It´s the same deal. But you have to understand that the letter they sent to you is a PROPOSAL in legal terms, its not any form of case against you, it is merely a threat about PERHAPS filing charges against you. But again, to win that case in a court where they have the burden of proving you wrong that will never happen.

User Divi Users Facebook Group
we had this issue at a nonprofit i worked for, we got the letter based on an image used 3 websites ago! the department had turned over, no one knew who put it up,etc… but a carefully crafted letter suggesting they apply their fines as an in-kind donation actually worked. took a lot of internal meetings and legal calls to get it taken care of though. still can’t believe they were tracking use on a website that hadn’t been live or even on the server for several years.
Dr. Neal Krawetz The Hacker Factor Blog
Getty Images acknowledges Fair Use in their FAQ concerning license requirements: http://company.gettyimages.com/license-compliance/faq/#are-there-limitations-on-a-copyright-owners-rights Specifically, Getty Images calls out education and research.